Um wow; it's been a month (gulp!) since I blogged.  So, to catch up: lots of time spent away from the gardens - working on projects around the house, spending more time together as a family, and lots of events with friends.  The weeds have lost no time trying to take over, but luckily the vegetables are holding their own.  I was just on a sewing retreat for a few days (more on that in the next post), but before I left I weeded and re-mulched 1 1/2 pepper beds, weeded around the tomatoes and finally got cages around them and all the stems tied up, then added grass clipping mulch over those areas.  Hmm..forgot to take pictures of all that; maybe I can get out there tomorrow to remedy that.
The tomatoes are still doing really well; noticed one tonight with blossom end rot and fingers are crossed that it's the only one.  I forgot to pick the snow peas before I left on Monday. They were in desperate need of picking and I'm undecided on whether I'll pick and shell the peas, or just let them keep maturing and collect the seed.  I also got in a planting of green beans; the seed is a few years old so I'll be happy with whatever comes up. 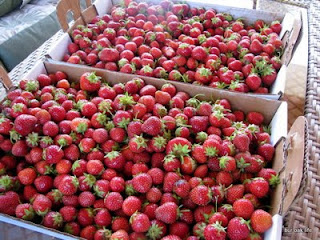 The morning of the fourth of July was spent picking strawberries; after spending the afternoon with family we started washing, sorting and cutting.  I made "Bottled Strawberries"; essentially just canned strawberries, tried a new recipe for strawberry jam, made a batch of strawberry sauce for freezing, froze a bunch of plain berries, and of course made some fresh strawberry sauce, poured it over ice cream and ate with delight. 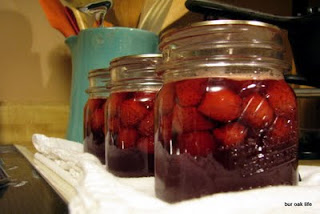 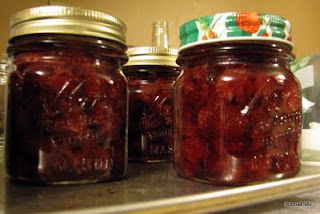 Blueberry season is already upon us; not sure when I can fit in going to the berry farm again, but I'd really like to freeze a bunch as they are my daughter's favorite fruit and I'm quite fond of blueberry pancakes.
We also had a large storm a couple weeks back that resulted in a day of yard cleanup.  Our Cottonwood trees are huge, and it sounds lovely at night when the wind is rustling through the leaves, but every time there's even a hint of a breeze something falls off them.  This storm resulted in chainsaws being needed to cut up the two huge branches that fell in the yard, and one that fell onto the edge of the farmer's field behind us. 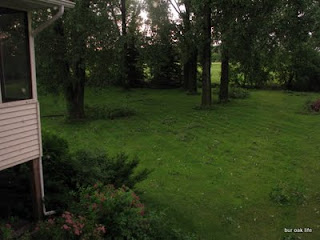 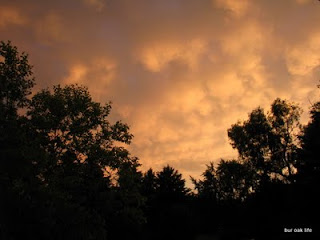 Sunset after the storm. 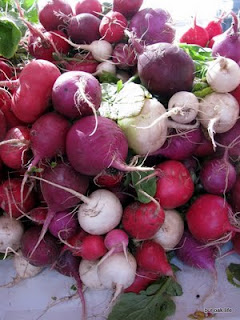 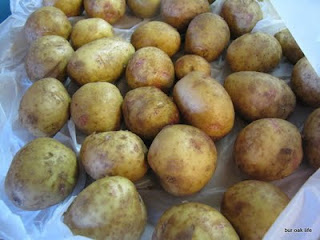 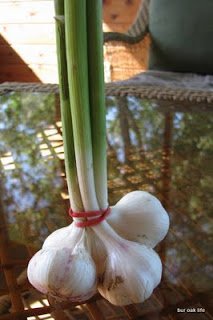 A couple trips to the farmer's market, running through the sprinkler, going for walks, and sitting on the porch after dark - summer's in full swing. 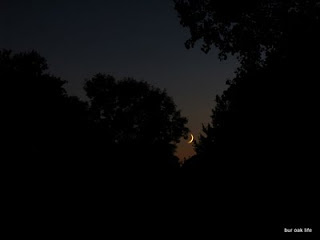