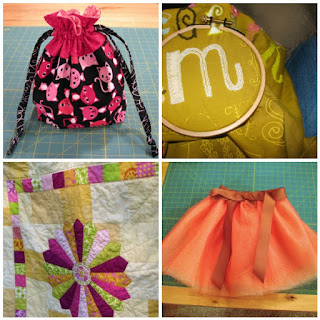 Here's to looking forward to a year of fun (and productive) sewing!
Posted by bur oak at 11:35 PM 2 comments:

Last night I had some sewing time, and wanted something easy and relaxing; so I pulled out a stack of blocks I had set aside for a baby quilt (intended for donation). 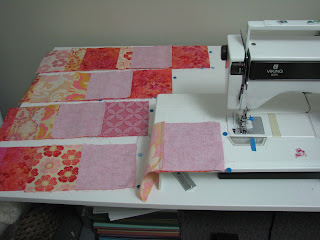 I had already had all the blocks cut, laid out, and pinned into neat little stacks, so after a short evening of sewing I now have this fun little top done: 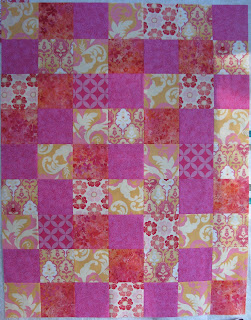 Thinking I might try to get this one quilted and finished up this weekend...we'll see.

Linking up to Finish it up Friday this week.
Posted by bur oak at 8:58 AM 2 comments: